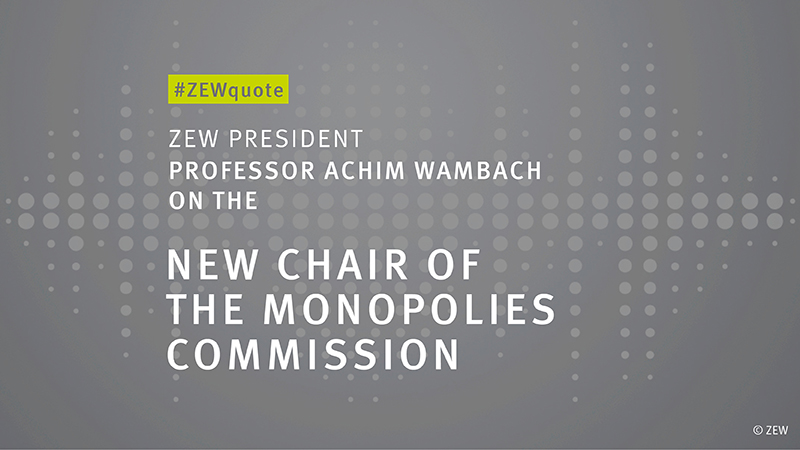 ZEW President Prof. Achim Wambach, PhD, comments on the change at the top of the Monopolies Commission and the challenges and opportunities for the ZEW.

ZEW President Wambach comments on the change in chairmanship of the Monopolies Commission:

Now, it will have to critically and constructively evaluate the upcoming further development of EU competition law, and for Germany, it will have to prepare the Sector Reports. The railway and energy sectors, which are of crucial importance for the energy transition, require stronger competitive structures. With a research focus on the regulation of network industries, Jürgen Kühling comes highly prepared for these tasks. We wish him the best of success and luck in his new role.”

The Monopolies Commission advises the German government and legislature in the areas of competition policy-making, competition law, and regulation.

Back to press overview